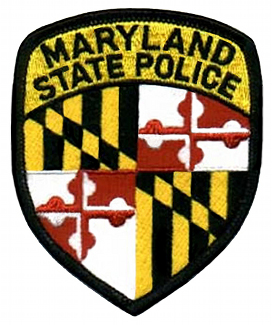 Sgt. Cox was born in Cambridge on March 2, 1930. He graduated from Cambridge High School in 1948 and earned his Associate of Arts degree in Law Enforcement from Chesapeake College.

After working at the Cambridge Wire Cloth for 10 years, Don joined the Maryland State Police on January 6, 1958. His assignments included Pikesville and Kent County, where he was the first police officer to live in the Millington area. He retired from the Easton Barrack I after 30 years as a Detective Sergeant. He proudly displayed the awards he so graciously accepted over his long law enforcement career and thought of his fellow police officers as family.

After his retirement, Sgt. Cox worked for the District Court of Dorchester, as a bailiff for 10 years. He loved staying in the world of law enforcement. Don was an active member of Antioch United Methodist Church at Town Point, where he served as lay leader until his health declined. He was a member of the Cambridge Elks #1272, The Eastern Shore Police Association and the Dorchester Ruritans.

A funeral service will be held on Tuesday, September 25, 2018 at 1 pm at Thomas Funeral Home, P.A. with Rev. Tim Poly officiating. Interment will follow at Antioch Churchyard. Family will receive friends one hour prior to the service. Memorial contributions can be made to Antioch United Methodist Church, c/o Kathleen Rineholt, 2118 Horns Point Road, Cambridge, MD 21613 or to the Maryland Troopers Association, 1300 Reisterstown Road, Pikesville, MD 21208.

To send flowers to the family or plant a tree in memory of Donald Herman Cox, Sr., please visit our floral store.

You can still show your support by sending flowers directly to the family, or by planting a memorial tree in the memory of Donald Herman Cox, Sr.
Share a memory
© 2020 Thomas Funeral Home P.A.. All Rights Reserved. Funeral Home website by CFS & TA