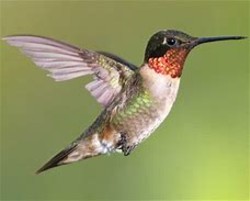 Jenifer Thompson Rideout, Cambridge resident, native of Washington, DC, and formerly from Bethesda. Maryland was born on February 14th, 1942 and passed October 3, 2019 of natural causes.  Known as "Jennie" to all, she graduated from Walter Johnson High School, and subsequently, the University of Wisconsin, in Madison, where she majored in English. In 1965 she wed Charles Hamilton Rideout, Jr., also a native of Bethesda.

A talented artist, cook, hostess, lover of cats, and devoted grandmother, mother, and wife, Jennie's first job was working at the National Education Association in their DC offices. From there she moved on, in the ‘70s to serve as a major force in fundraising and development for the National Symphony Orchestra.  She then spent many years in the ‘80s and ‘90s as admissions director for St. Andrew's Episcopal School in Potomac, Maryland.

After she retired from St. Andrew's School in 1999, Jennie and her husband ran a vendor stand at the Potomac and the Rockville farmers’ markets, selling produce from their home garden, and home-made baked goods from their ovens.

In 2004, in moving to Cambridge, on the Eastern Shore, Jennie and her husband fulfilled a life-long dream and in 2006 opened and ran The Mill Street Inn Bed and Breakfast.    As part of the move, they purchased and fully restored an historic Victorian home and accepted Inn guests as recently as September 2019.

A Service of Life is being planned for November 30 at Christ Episcopal Church here in Cambridge. Family will receive friends from 10 to 11 in Barber Hall.

In lieu of flowers, memorial contributions may be made to Baywater Animal Rescue, 4930 Bucktown Road, Cambridge Maryland 21613. Arrangements are in the care of the Thomas Funeral Home, P.A. in Cambridge.

To send flowers to the family or plant a tree in memory of Jenifer "Jennie" T. (Thompson) Rideout, please visit our floral store.