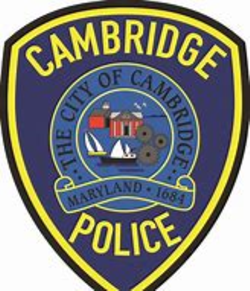 Retired Cpl. David A. Satterfield, 56, of Cambridge passed away on Wednesday, January 9, 2019 at University of Maryland Hospital in Baltimore. He was born in Baltimore on February 28, 1962 and was a son of Sylvia Ann Marshall Satterfield and the late Allen Lee Satterfield.

David graduated from Cambridge South Dorchester High School class of 1980. In his earlier years, he worked on the water. David later worked at the Dorchester County Sheriff's office, then he entered the Police Academy in Salisbury and worked for the Cambridge Police Department for 28 years and retired in 2015 as a Corporal. During that time, he served undercover for seven years. David received numerous commendations for his work. After retirement, he went to work at Craig’s Drug Store. He enjoyed the water, fishing ability was on the C and R with his pop Archie, crabbing, hunting with his grandparents, but his hunting teacher was his uncle Wee, boating and spontaneous drives in his truck to nowhere. David was a member of the F.O.P. Cambridge Lodge #27, Sons of the American Legion Post 91, and an exempt member of Rescue Fire Company.

A Celebration of David’s Life will be held on Wednesday, January 16, 2019 at 1 pm at Thomas Funeral Home, P.A. in Cambridge with Mr. David Tolley officiating. Family will receive friends from 11 to 1. In lieu of flowers, memorial contributions can be made in David’s name to F.O.P. Cambridge Lodge #27, P.O. Box 401, Cambridge, MD 21613 or to a charity of one’s choice.

To send flowers to the family or plant a tree in memory of David Allen Satterfield, please visit our floral store.

You can still show your support by sending flowers directly to the family, or by planting a memorial tree in the memory of David Allen Satterfield
Share a memory
© 2020 Thomas Funeral Home P.A.. All Rights Reserved. Funeral Home website by CFS & TA