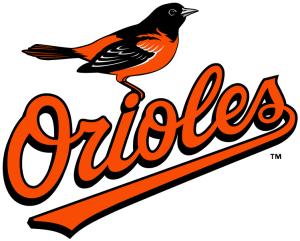 David R. Pope, 75, of Cambridge passed away on Monday, May 10, 2021 at TidalHealth Peninsula Regional in Salisbury, with his loving family by his side. He was born in Delmar, DE on April 10, 1946 and was a son of the late Milton H. Pope, Jr. and Elizabeth Tingle Pope.

Mr. Pope graduated from Wicomico County High School. On January 7, 1966, he married the former Anna Ruth Adkins. He worked for Acme for 42 years. Mr. Pope enjoyed playing fast pitch softball in his earlier years along with soccer. He also enjoyed coaching and managing girls and boys Little League softball and baseball. Mr. Pope enjoyed watching the Baltimore Orioles, the Washington Nationals and college baseball and softball. He was a member of St. Paul's United Methodist Church.  He loved his family and loved being able to do for them.

He is survived by his wife Anna Ruth Pope of Cambridge, two daughters Dee Mills and husband Steve of Woolford and Michelle Rubadue and husband Corey of Woolford, four grandchildren Stevie Mills, Jr. and wife Lauren, David Cole Mills, Natalie R. Rubadue and Naomie I. Rubadue, a sister Catherine Rhodes of Laurel, DE and a brother Vaughn Pope and wife Beverly of Salisbury and several nieces and nephews. Besides his parents, Mr. Pope is preceded in death by two brothers William Pope and Ernest Lee Pope, a sister Rebecca Turbitt, his in laws Leon and Ruth Adkins and a niece.

A graveside service will be held on Monday, May 17, 2021 at 1 pm at Greenlawn Cemetery with Rev.’s Jay Hurley and Betsy Jones. In lieu of flowers, memorial contributions can be made to Linkwood Salem Volunteer Fire Company, Cambridge Police Department and the Maryland State Police. Arrangements are in the care of the Thomas Funeral Home, P.A. in Cambridge.

To send flowers to the family or plant a tree in memory of David R. Pope, please visit our floral store.