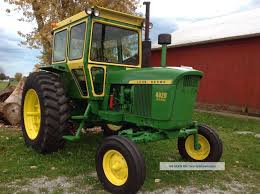 Donald K. Jones, Sr., 91, of Cambridge passed away on Wednesday, September 8, 2021 at Mallard Bay Care Center. He was born in Cambridge on April 14, 1930 and was a son of the late Arthur and Sophie Kirwan Jones.

He graduated from Cambridge High School class of 1947. Mr. Jones was first married to the former Carolyn Vickers, who passed away on July 3, 2001. Later, Mr. Jones married the former Sybil McGinn. Mr. Jones was owner/operator of Jones Implement which is now part of Atlantic Tractor. He enjoyed fishing, crabbing, hunting and going to Cindy's Kitchen for morning coffee. Mr. Jones also enjoyed visiting his friends and traveling with a special friend Dickie Lowry.

He is survived by his wife Sybil Jones of Cambridge, his children Debbie Robbins of Cambridge, two sons A. Dennis Jones and wife Lou of East New Market and Donald K. Jones, Jr. and wife Trudi of Church Creek, two stepchildren Diana Brooks and husband Jack and Allen Hoge and wife Diane both of Cambridge, several grandchildren and great grandchildren, two sisters Betsy Maddox and Sophie Smith both of Cambridge and several nieces and nephews. He is also survived by his dog Susi. Besides his parents and his wife, Mr. Jones is preceded in death by a son Michael Jones.

A memorial service will be held on Thursday, September 23, 2021 at 2 pm at Thomas Funeral Home, P.A. with Rev. A. Delmer Willey, Jr. officiating. In lieu of flowers, memorial contributions can be made to Baywater Animal Rescue, 4930 Bucktown Road, Cambridge, MD 21613 or to the American Red Cross Ida Relief Fund. Arrangements are in the care of the Thomas Funeral Home, P.A. in Cambridge.

To send flowers to the family or plant a tree in memory of Donald K. Jones, Sr., please visit our floral store.

A Memorial Tree was planted for Donald K.

We are deeply sorry for your loss - the staff at Thomas Funeral Home P.A.

Join in honoring their life - plant a memorial tree