Share a memory
Obituary & Services
Tribute Wall
Read more about the life story of James F. and share your memory.

James Franklin Lewis, 92, of Cambridge, passed away on November 27 at Peninsula Regional Medical Center in Salisbury. He passed peacefully, surrounded by loving family and the caring staff at PRMC.

Jim Lewis was a true son of Dorchester County. When he was born in the Neck District in 1930, the doctor arrived on horseback and delivered him at a house that had no electricity, running water, or indoor plumbing. He grew up exploring the creeks and countryside with his siblings and attended school at the one-room schoolhouse in Hudson. He graduated from Cambridge High School in 1948 and, after serving in the Air Force during the Korean War, went to Washington College. After graduating, he moved to Baltimore and worked at General Motors for 30 years and established an income tax business that he maintained into his late-80s.

A devoted family man, he was married to the former Frances Barone, of Philadelphia, for 60 years. They met one day when Jim was sailing near Cooks Point, where Fran’s family had a summer cottage. Jim came off the water because of a rapidly approaching storm, tied up at the Barones’ pier, and by chance—or, more likely, divine intervention—met Fran. A few years later, they wed and had two children, John and Kimberly.

After retiring from GM in 1991, Jim returned to Dorchester County. He was active in the community, as a member of the Ruritans and the Tidewater Farm Club and, on occasion, manned the counter at Lewis General Store when his brother John was ill or took a rare vacation. He faithfully attended Sunday services at St. John’s Chapel in Cornersville, the same church he attended as a boy. Jim could be found, most days, at Bay Country Bakery on Route 50 or Blackwater Bakery in town, having coffee with Fran and friends. It could be quite a large group, as Jim considered everyone a friend. Strangers were potential friends, and he often invited people he didn’t know to sit down and talk. If you were from outside the area and passing through, he would let you know it was worth lingering in Dorchester.

Jim was preceded in death by his father, John Virgil; mother, Naomi Rose; brothers Bill and John; and sisters Thelma and Betty Jean. He is survived by his wife, Fran; children John Lewis (spouse Anne Watts) and Kim Benjamin; grandchildren Dominic, Posie, Elizabeth, Levi, and Cody; and many nieces and nephews.

To send flowers to the family or plant a tree in memory of James F. Lewis, please visit our floral store. 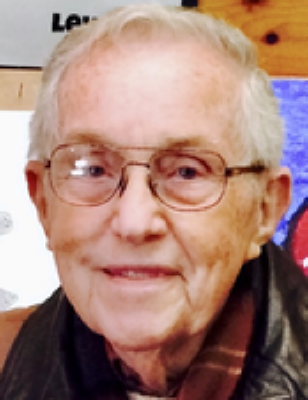