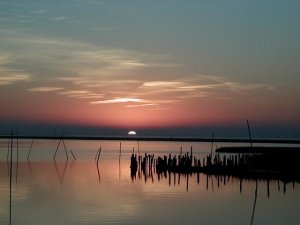 Louis graduated from Cambridge High School class of 1967.  On March 29, 1996, Louis married the former Michelle Parks.  He was an avid waterman, and a proud owner of his own boat, the “Big Dawg.”  He loved crabbing and oystering, as well as talking to everyone about it.  Louis was also a big fan of old black and white movies, especially anything with John Wayne in it.  He also loved all cats, especially his baby Mookie.

Louis is survived by his wife Michelle Sears of Taylor’s Island; three grandchildren Tyler, Kyra, and Rider Sears; his brother David Sears of Secretary; his sister Sharon Heard of Chestertown; and his father in law Larry Parks.  Besides his parents, Louis is preceded in death by his son Chris Sears, who passed away on October 9, 2014, as well as two sisters Anna Mae Sears and Beatrice Jones.

At his request, there will be no services.  In lieu of flowers, memorial contributions can be sent to St. Jude’s Children’s Research Hospital, 501 St. Jude Place, Memphis, TN 38105; or to the Kitty Kat Kottage, 3711 Elliott Drive, East New Market, MD 21631.  Arrangements are in the care of Thomas Funeral Home, P.A. in Cambridge, MD.

To send flowers to the family or plant a tree in memory of Louis Edwin Sears, Jr., please visit our floral store.

You can still show your support by sending flowers directly to the family, or by planting a memorial tree in the memory of Louis Edwin Sears, Jr.