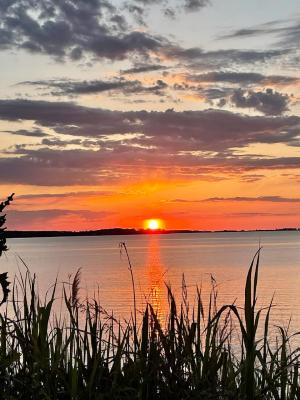 Peter Kallop died suddenly and unexpectedly on May 26th in Cambridge, Maryland. He was 70 years of age.

Peter was born on April 21, 1951 at Reading hospital in Pennsylvania and resided with his family in the nearby small town of Shillington until 1959, at which point he and his family moved to Summit, N.J. Peter attended the Franklin Elementary School in Summit followed by the Pingry School where he excelled academically and played soccer. He graduated with honors and he also was inducted into the school’s Athletic Hall of Fame with his team winning the New Jersey Soccer Championship in 1969. Peter then attended Princeton University joining the class of 1973. While at Princeton he majored in Political Science, was a member of Cottage Club, served as Business Manager for Princeton’s Bric-a-Brac yearbook, and was President of Princeton’s Young Republican Club.

Upon graduation, Peter attended the University of Virginia Business School, earning an MBA in June 1975. Thereafter he embarked on a 30 year career specializing in consulting work for thrift institutions and smaller community banks, including conversions from mutual to stockholder ownership, mergers and acquisitions, etc. During the course of his career, Peter first worked in New York City, then moved on to New Bern, NC and then Washington, DC where he met his wife, Nancy Johnson.

Peter and Nancy were married in 1993, having celebrated their 28th wedding anniversary this past May. They lived in Georgetown, DC, until they relocated to Cambridge, Maryland and built a new home fronting the Choptank River 13 years ago.

Peter is survived by his wife Nancy and his brother, George. A Memorial Service is scheduled at Christ Episcopal Church in Cambridge, MD on Saturday, June 5 at 11:00am.

His quick wit, sense of humor and concern for others will be greatly missed.

To send flowers to the family or plant a tree in memory of Peter C. Kallop, please visit our floral store.