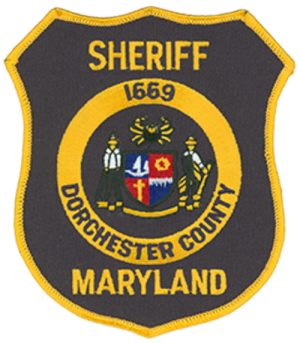 Retired Sheriff, Philip H. McKelvey, 88, of East New Market, passed away on Monday, April 26, 2021 at UM Laurel Medical Center in Laurel, MD. He was born near Eldorado, Maryland on April 10th 1933, a son of James Albert and Martha Jane McKelvey. His survivors include his wife, the former June Collins, whom he married on July 8, 1954 and his children: Trudy (Kevin) Callahan of Laurel, Del.; Beverly Linthicum of Cambridge Md. and James P. (Trudi) McKelvey of East New Market, MD.

He served in the U.S. Marine Corps from 1953 to 1956 where he realized he was interested in a law enforcement career. He served in various law enforcement positions for 44 1/2 years. He joined the Cambridge Police Department in 1958 and left in 1970 to run for the office of Sheriff. In 1972 he was appointed to be the first full-time District Court Commissioner for Dorchester County. He joined the Hurlock Police Department in 1975 and served until he was elected Sheriff of Dorchester County in 1978. He was subsequently re-elected to 5 more terms for a total of 24 years in that office, the first sheriff to serve that many terms since Dorchester County was founded in 1669.

An active member of the Maryland Sheriffs Association, he served as president from 1984-1986.

In 1985 he was elected to the Board of Directors of the National Sheriffs Association. He remained a member of the Board and began to move through the chairs culminating in his election to serve as president of the Association for 1999-2000, the first Maryland Sheriff to serve in that capacity. During that year, he traveled over 75,000 miles attending state conventions and conducting Association business. He received many awards including a commendation from the Department of the Interior Bureau of Indian Affairs, a commission as an official Arkansas Traveler by then Gov. Michael Huckabee and a Kentucky Colonel commission by the Governor of Kentucky. He and his wife attended the National Sheriff's Conference for over 33 years.

He retired as sheriff in 2002 and in later years worked part-time for Shufelt Sand & Gravel and hauled grain for a dear friend, Mark Eberspacher. He also fried oysters and cooked soup at St. Paul's United Methodist Church, along with gardening and working in his wood-working shop.

He was an active member of St. Paul's UMC, Cambridge, MD, where he taught the Richardson's Bible Class and served in many positions including Lay Leader, choir member and helped prepare meals for the Methodist Men. As long-time member of Cambridge Lions Club, he served in many offices including that of president and in 2001 he was presented the Melvin Jones Fellowship Award for his dedicated service to Lionism. In 2020, he was recognized for serving 50 years of active service as a Lion.

He was an active member of Rescue Fire Company, for 27 years and in 2005 was named to the Dorchester County Firefighter's Hall of Fame. He was associated with the Boy Scouts of America for many years and was proud to see his son and two grandsons achieve the rank of Eagle Scout and become members of the Order of the Arrow. He was also a member of Gideon's International, American Legion Post 91, BPOE 1272, Eastern Shore Police Association (Camp ESPA) and the Choptank Detachment Marine Corps League. He was a charter member of the Chorus of Dorchester from its inception in 1975, for many years he sang in county churches as a member of the St. Paul's Trio and later as a soloist.

A walk through visitation will be held on Saturday, May 22, 2021 from 11 am to 1 pm at St. Paul's United Methodist Church, followed by a private service with Rev. Chris Pettit. In lieu of flowers, memorials may be sent to St. Paul's United Methodist Church Attn: Scott Daniels, 205 Maryland Avenue Cambridge, MD 21613 or Cambridge Lions Club, PO Box 104, Cambridge MD. 21613. Arrangements are in the care of the Thomas Funeral Home, P.A. in Cambridge.

To send flowers to the family or plant a tree in memory of Philip H. McKelvey, please visit our floral store.