Share a memory
Obituary & Services
Tribute Wall
Read more about the life story of Robert C. and share your memory.

Mr. Todd graduated from South Dorchester High School class of 1954. He served in the U.S. Army from 1957 to 1959. Mr. Todd worked at Rob Roy and Cambridge Wire Cloth. He also worked part time with Thomas Funeral Home for over 20 years until his health started to decline. Mr. Todd enjoyed the outdoors, fishing, Christmas decorating and his two dogs Susie and CoCo.

He is survived by his wife Alice Todd of Cambridge, a daughter Dawn Price and husband Dale III of East New Market, two granddaughters Megan and Allison Price of East New Market, a daughter Michelle Sann and husband Mike of Reliance, two grandchildren Michael Sann III and wife Brianna and Abigail Sann, a brother in law George C. Bennett, Sr. and wife Carol of St. Louis Missouri, a sister in law Beth Todd of Cambridge and several nieces and nephews. Besides his parents, Mr. Todd is preceded in death by two brothers Emerson Todd, Sr. and Gillis Todd, Jr., a sister in law Shirley Todd and a nephew Emerson Todd, Jr.

A funeral service will be held on Tuesday, January 17, 2023 at 11am at the Maryland Eastern Shore Veterans Cemetery with Rev. David Wooten, Jr. officiating. In lieu of flowers, memorial contributions can be made to the Baywater Animal Rescue, 4930 Bucktown Road, Cambridge, MD 21613. Arrangements are in the care of the Thomas Funeral Home, P.A. in Cambridge.

To send flowers to the family or plant a tree in memory of Robert C. Todd, please visit our floral store. 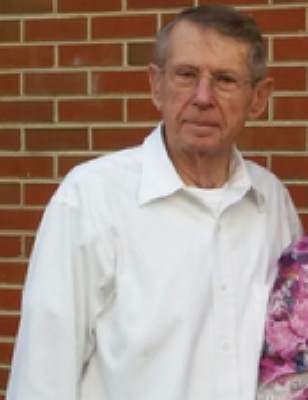 You can still show your support by sending flowers directly to the family, or by planting a memorial tree in the memory of Robert C. Todd
SHARE OBITUARY
© 2023 Thomas Funeral Home P.A.. All Rights Reserved. Funeral Home website by CFS & TA | Terms of Use | Privacy Policy | Accessibility