William E. “Buddy” Slacum, 80, of Cambridge passed away on Sunday, January 22, 2023 at Manokin Nursing and Rehab in Princess Anne. He was born in Cambridge on August 20, 1942 and was a son of the late Richard L. Slacum, Sr. and Madeline Lowe Slacum.

Mr. Slacum graduated from Cambridge High School class of 1960. He served in the U.S. Navy. On September 1, 1962, he married the former Virginia Newcomb. Mr. Slacum worked for State of Maryland Department of Transportation. He enjoyed racing remote boats and doing family genealogy. He was a member of Emmanuel Wesleyan Chapel in Trappe and the Cambridge YMCA.

He is survived by his wife Virginia Slacum of Cambridge, two daughters Terry Cusick and husband Donnie of East New Market, and Donna Yackley and husband James of Salisbury, grandchildren Brittanie (Tom) Brooks of North Carolina, and Haley (Justin) Martin of Maryland, four great grandchildren Gavin, Mason, Lilly and Della all of North Carolina and several nieces and nephews.  Besides his parents, Mr. Slacum is preceded in death by a brother Richard Slacum, Jr.

A funeral service will be held on Monday, January 30, 2023 at 12pm at the Maryland Eastern Shore Veterans Chapel with Rev. Robert Hawkins officiating. In lieu of flowers, memorial contributions can be made to Emmanuel Wesleyan Chapel, 29503 Piney Hill Road, Trappe, MD 21673. Arrangements are in the care of the Thomas Funeral Home, P.A. in Cambridge.

To send flowers to the family or plant a tree in memory of William E. "Buddy" Slacum, please visit our floral store. 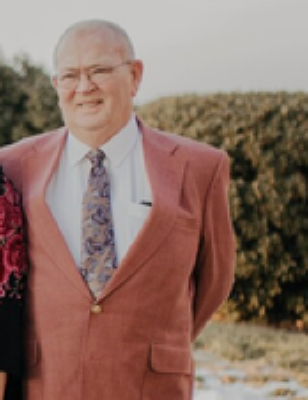 You can still show your support by sending flowers directly to the family, or by planting a memorial tree in the memory of William E. "Buddy" Slacum
SHARE OBITUARY
© 2023 Thomas Funeral Home P.A.. All Rights Reserved. Funeral Home website by CFS & TA | Terms of Use | Privacy Policy | Accessibility