Read more about the life story of William G. and share your memory.

He graduated from Cambridge High School class of 1954. While in high school, he was a star athlete with baseball and basketball. He served in the U.S. Army.  Mr. Hubbard married the former Margaret Keating who passed away on April 17, 2000.  He worked for the U.S. Postal Service for 30 years as a letter carrier. Mr. Hubbard was an avid golfer where he won the Senior Championships, and had five hole in one's in his lifetime, playing softball, and an avid bowler where he won numerous championship. He attended Grace United Methodist Church, later was attending Open Bible Church, and was a member of the American Legion Post #91.

He is survived by his son William “Billy” G. Hubbard III of Cambridge, a sister Donna Rice and Phil of Cambridge, sister in laws and brother in laws Sandy Tunning and husband Jack, Penny Fitzhugh, Eddie Keating and wife Robin, and numerous beloved nieces and nephews, and a special friend Peggy Merrick of Cambridge.

A funeral service will be held on Monday, November 14, 2022 at 1 pm at Thomas Funeral Home, P.A. in Cambridge with Rev. Steve Bloodsworth officiating. Interment will follow at Dorchester Memorial Park. Family will receive friends one hour prior to the service. In lieu of flowers, memorial contributions can be made to the American Cancer Society, P.O. Box 1877, Salisbury, MD 21802 or to the Alzheimers Association, 909 Progress Circle Ste. 400, Salisbury, MD 21804.

To send flowers to the family or plant a tree in memory of William G. Hubbard, Jr., please visit our floral store.

Your browser does not support this video format. You should be able to view it in Chrome, Safari or Internet Explorer. 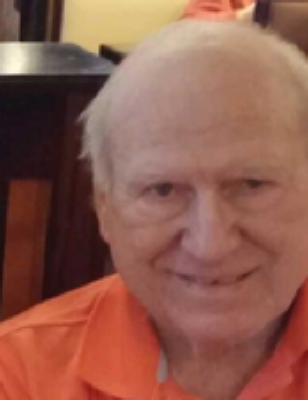 You can still show your support by sending flowers directly to the family, or by planting a memorial tree in the memory of William G. Hubbard, Jr.
SHARE OBITUARY
© 2022 Thomas Funeral Home P.A.. All Rights Reserved. Funeral Home website by CFS & TA | Terms of Use | Privacy Policy | Accessibility